The company TDS, which specialises in stage design and technical production of events presented an unusual stand this year.

"TDS is people who fill technology with meaning,” says Konstantin Gerasimov, CEO of the company. “Therefore, we decided to change the traditional exhibition format and developed a program for our stand, in which we not only demonstrated the functionality of the fixtures, but also showed how they can be used to tell whole stories. Modern equipment, that has a creative idea imbedded in it, is exactly what can attract and surprise the spectator."

For three months the TDS team together with a Show Director Ksenia Pereverten worked on creating a show specifically for the exhibition. The main character was a 1,5 ton manipulation robot, which played the role of an evil virus that disabled all devices. The robot was hidden in the design of the stand and its appearance during the show was a complete surprise for the audience. A frame with a ROE Black Onyx 3.47 LED screen and Ayrton MagicBalde-R lighting fixtures was installed on the robot. During the show the robot fought against a TDS engineer who tried to stop the virus. Each movement of the robot was carefully programmed and synchronised with lighting, video and sound via MIDI TimeCode protocol. The engineer Daniel Andreev used a special program developed by LYM company to control the robot. The robot is able to control DMX devices. For example, to direct lighting fixtures towards itself by transmitting it’s coordinates to the lighting control panel. Also, the robot is able to adjust the focus on the video camera installed on it. All of these features were used during the show.

Multimedia directors Pavel Schelkanov, Sergey Tkach and motion-designer Konstantin Vorobiev worked on the creation of the animated face of the virus and all the graphics for the show. Synchronisation and control was carried out using the server D3 2U company Disguise.

To implement the project were used fixtures Ayrton DreamPanel TWIN, screens of the company ROE Visual Black Onyx. The control of the D3 server was executed using a special application on a mobile tablet via the OSC (Open Sound Control) network protocol, which was most convenient in the exhibition environment. 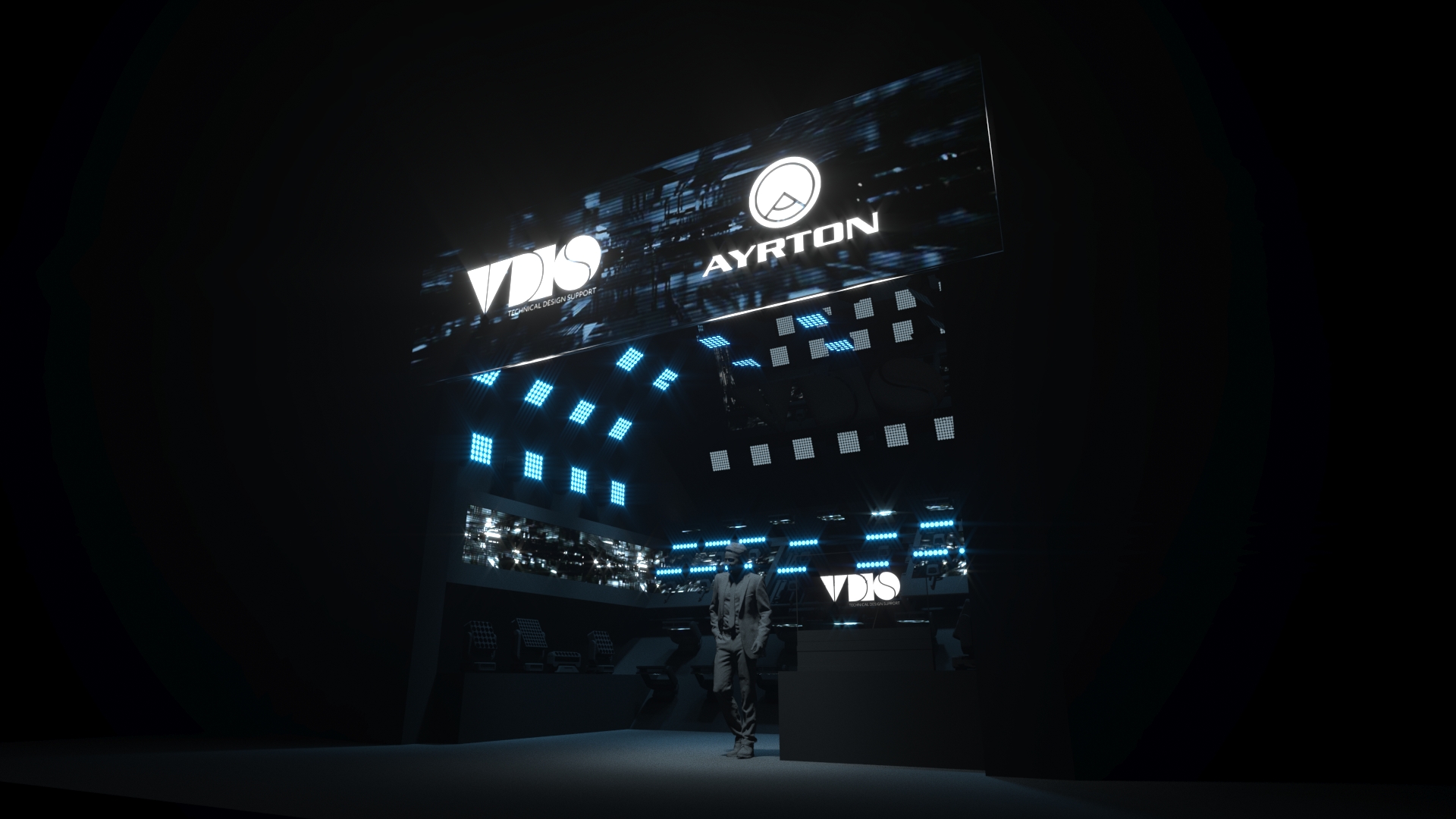 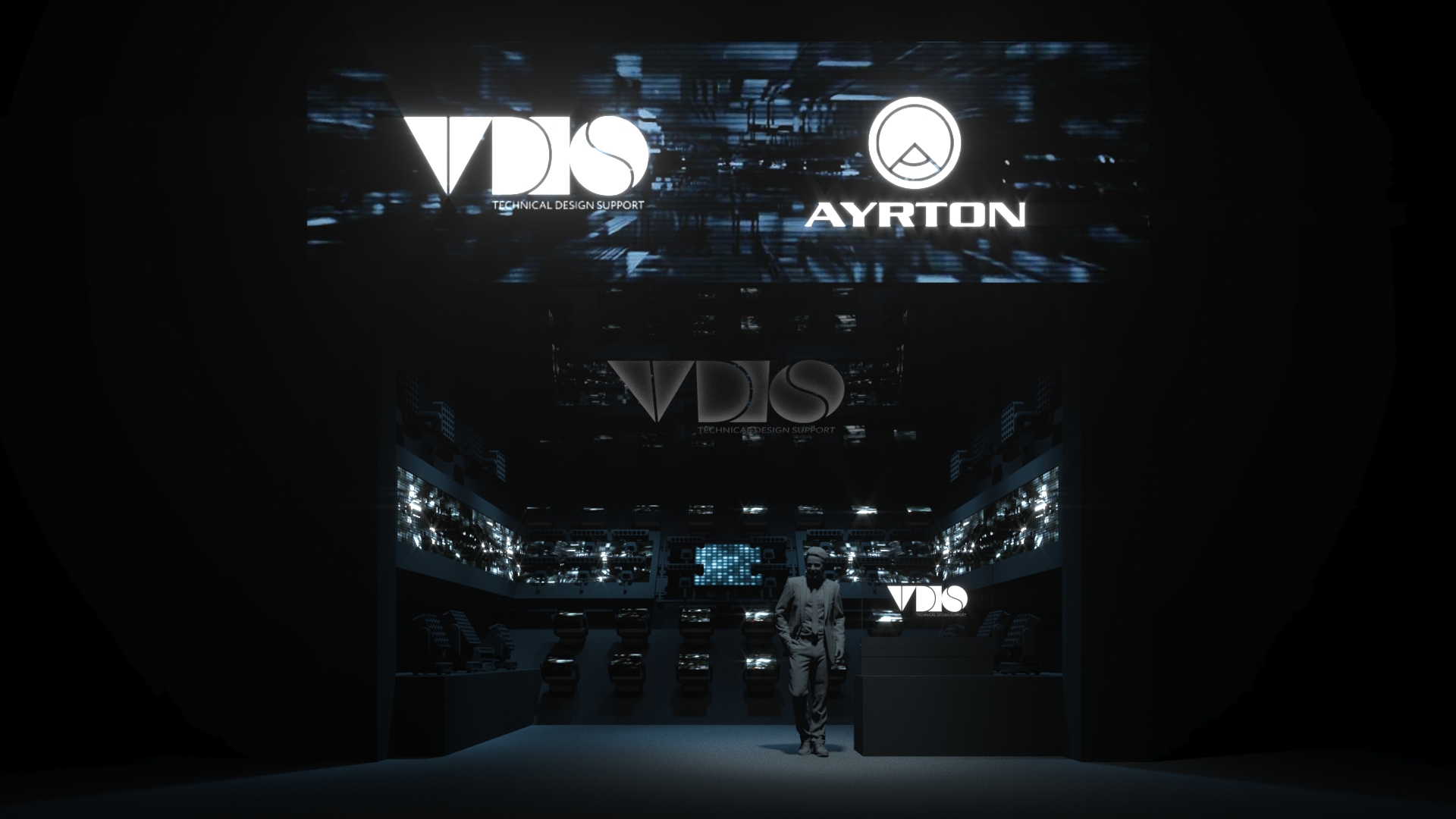 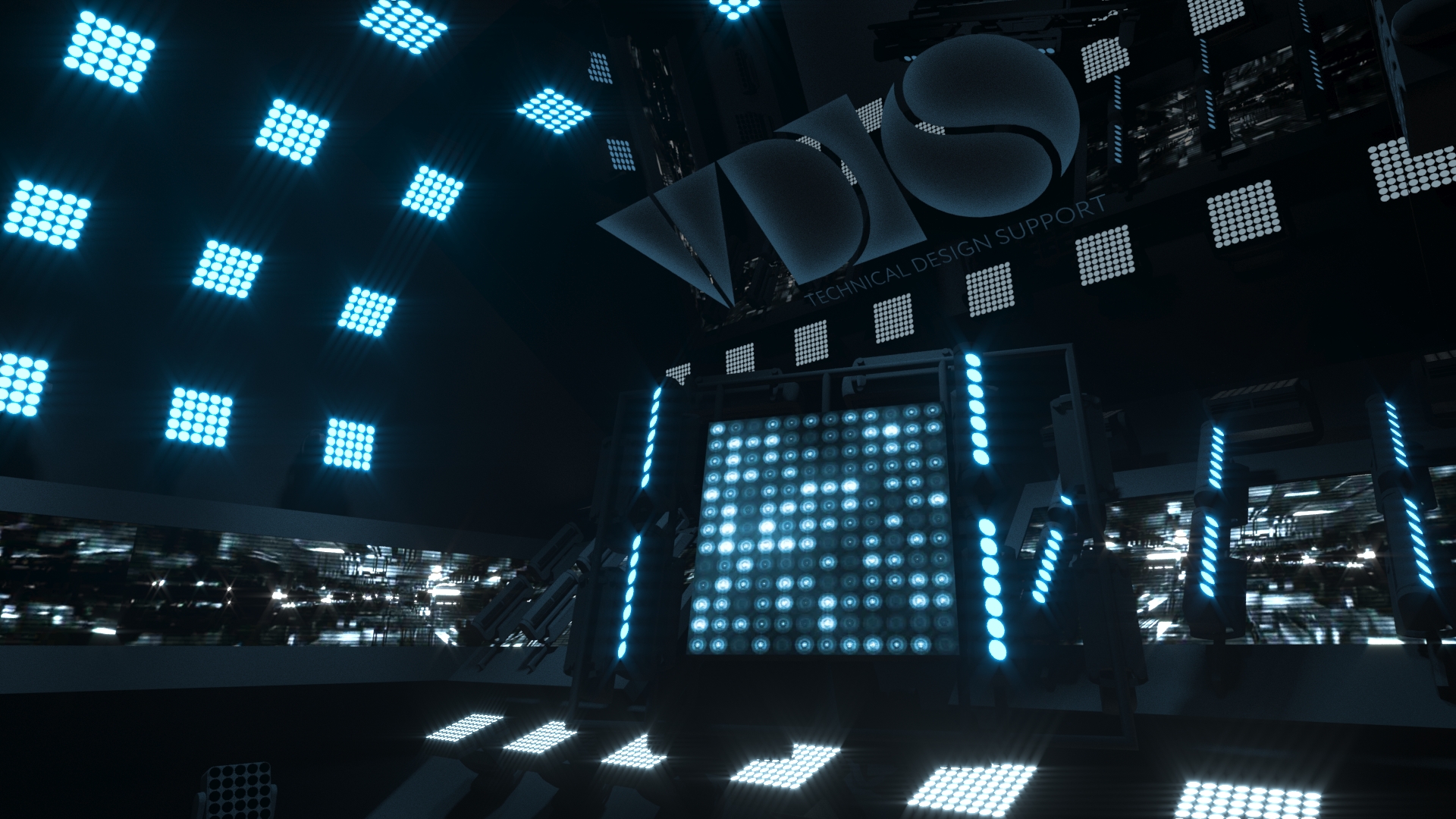 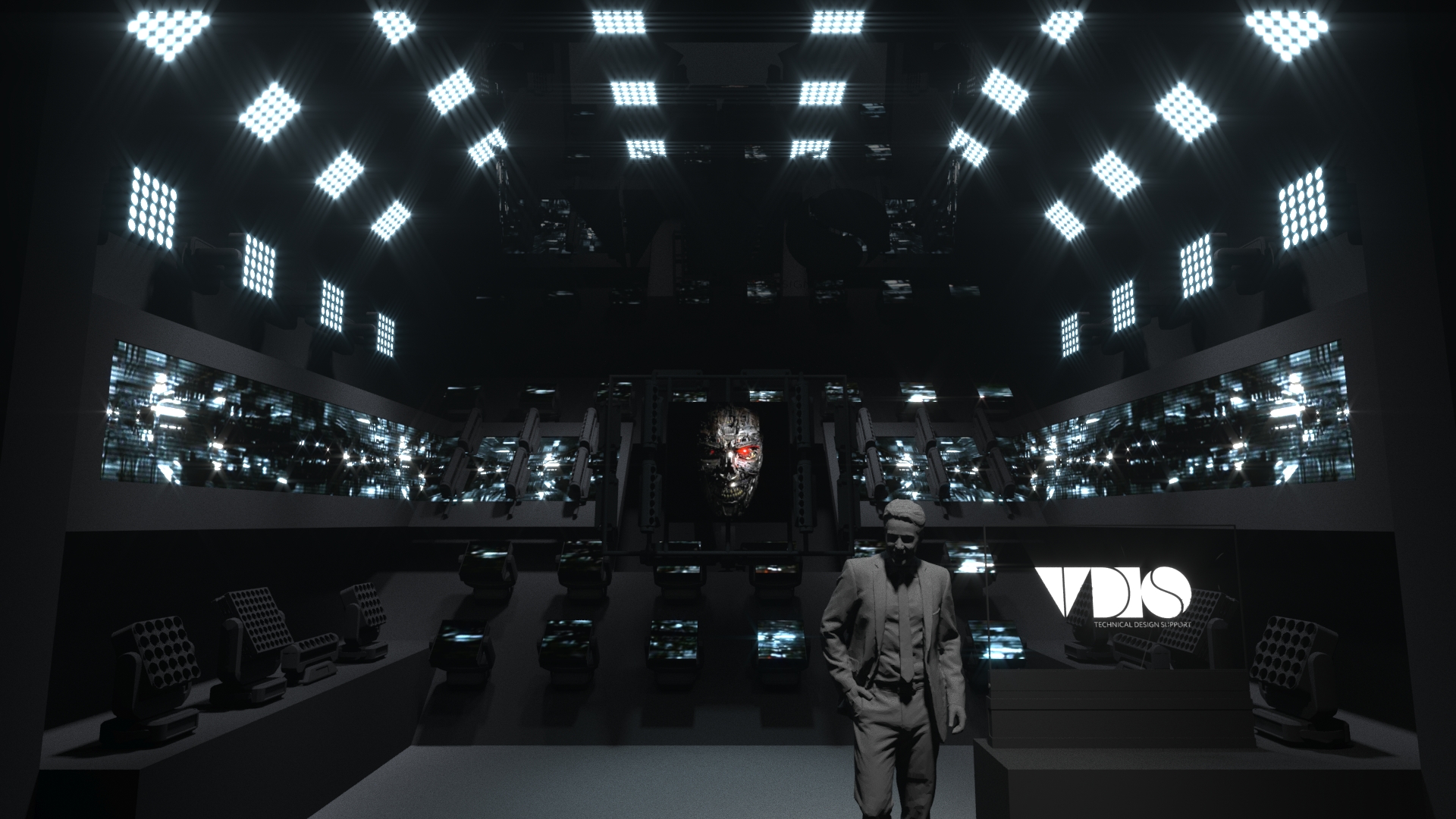 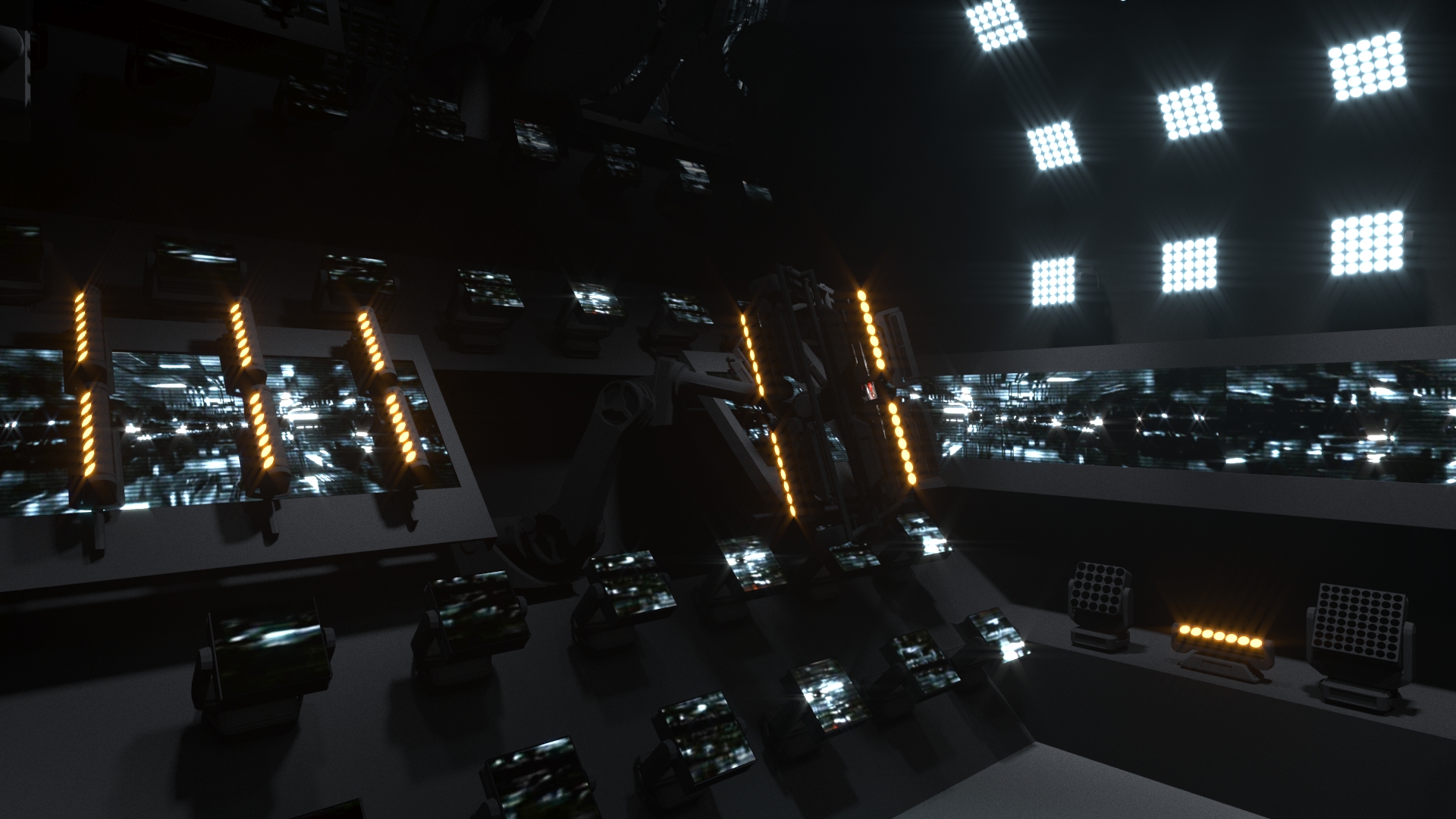 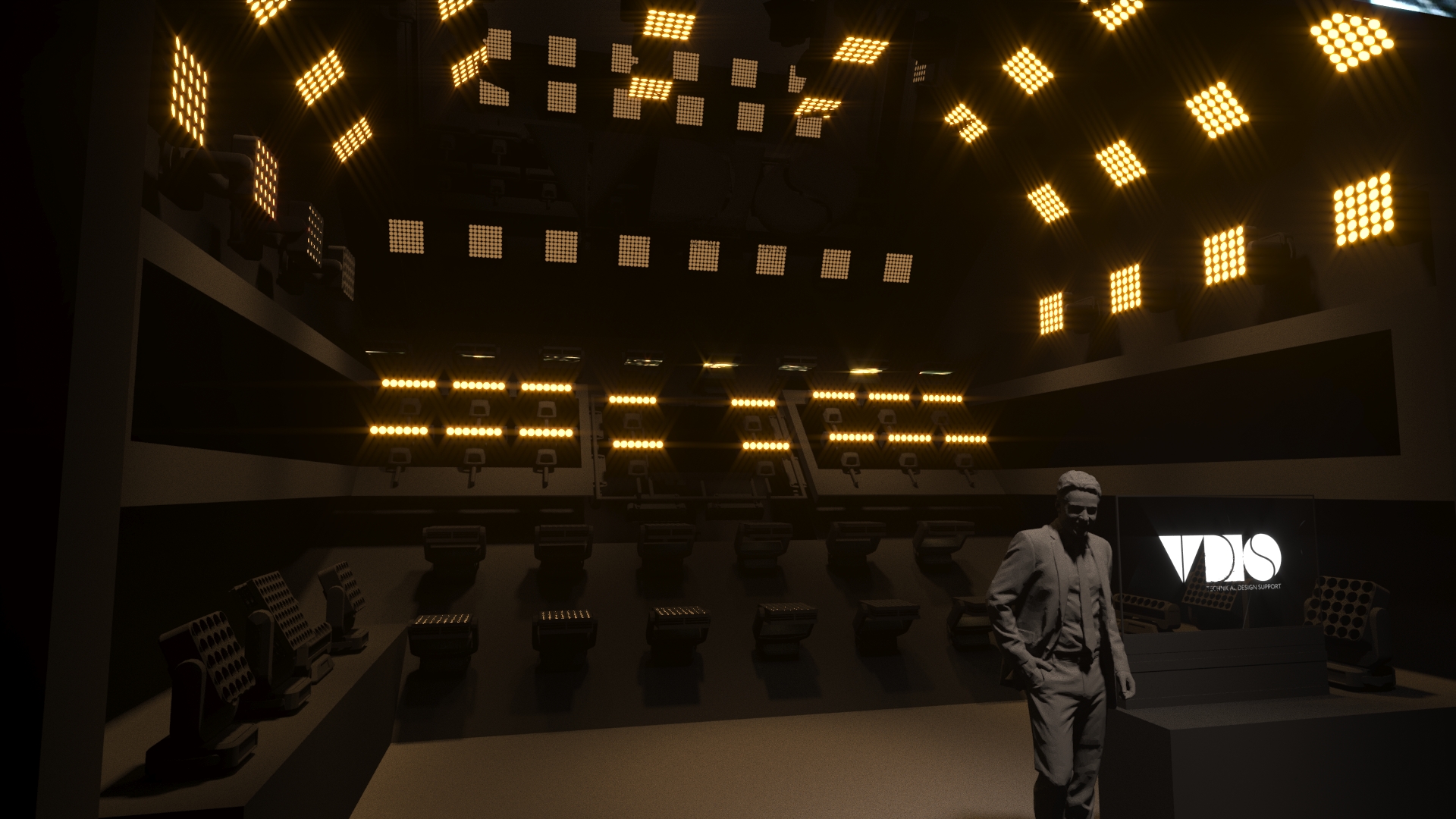 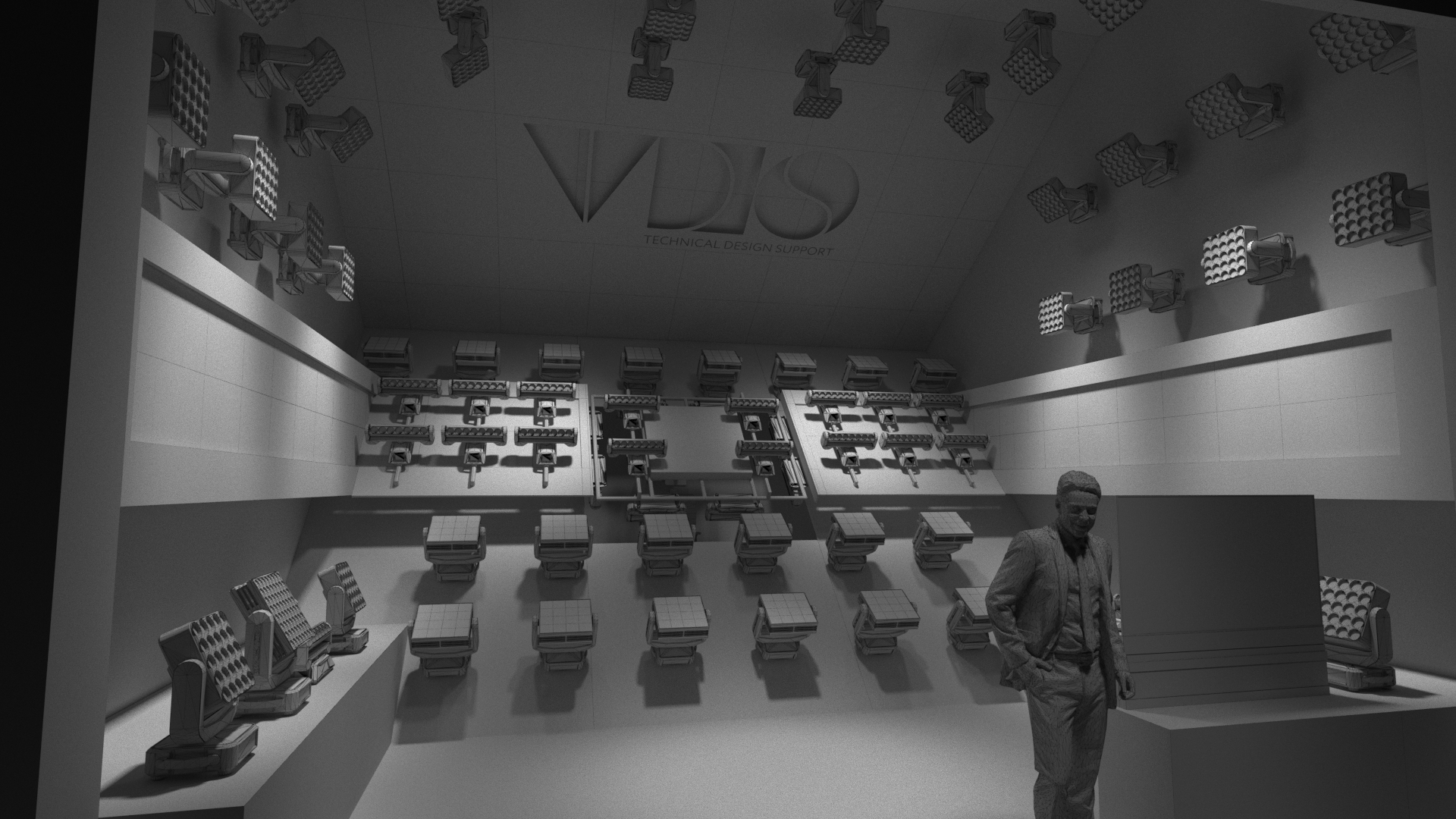 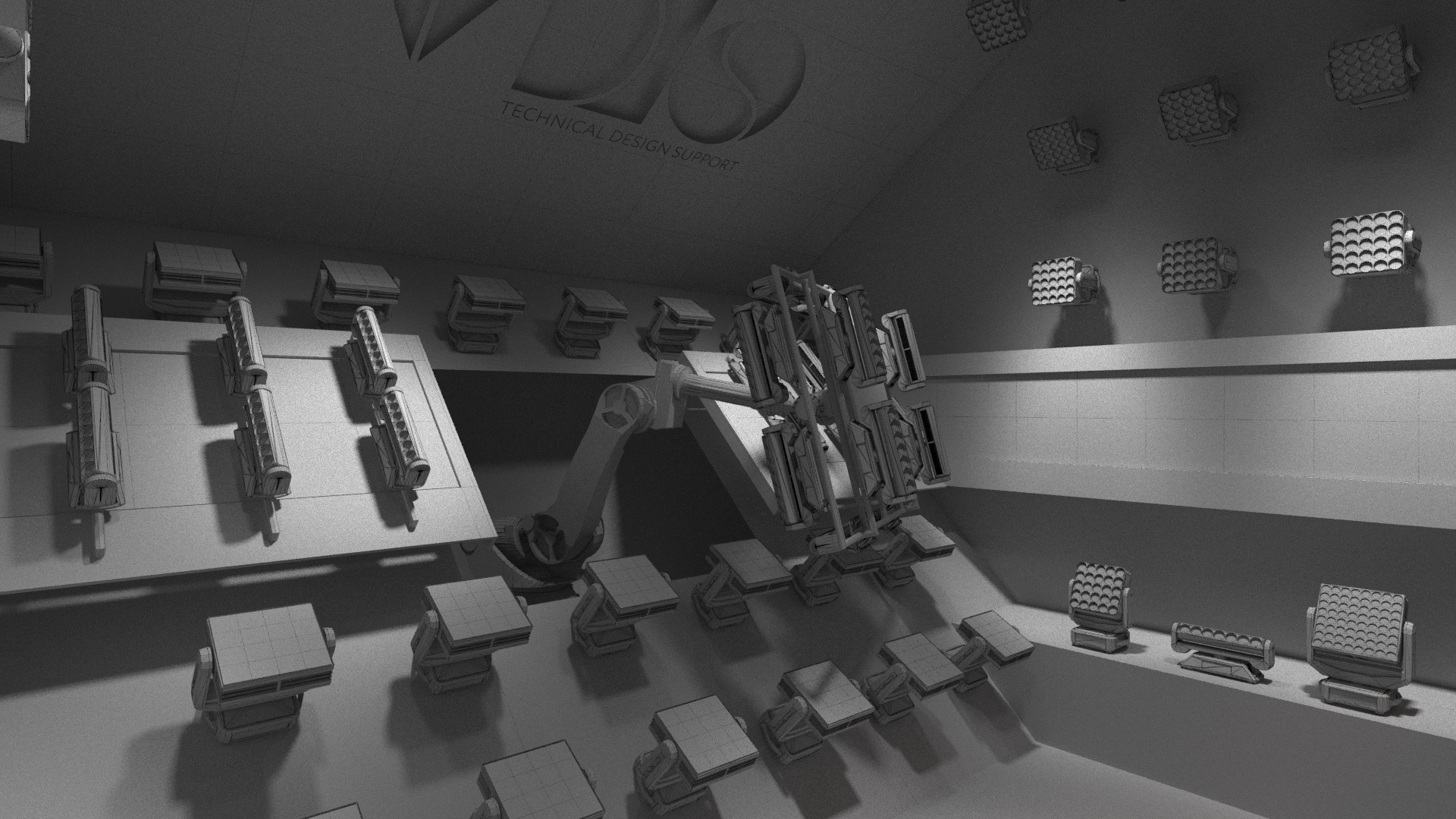 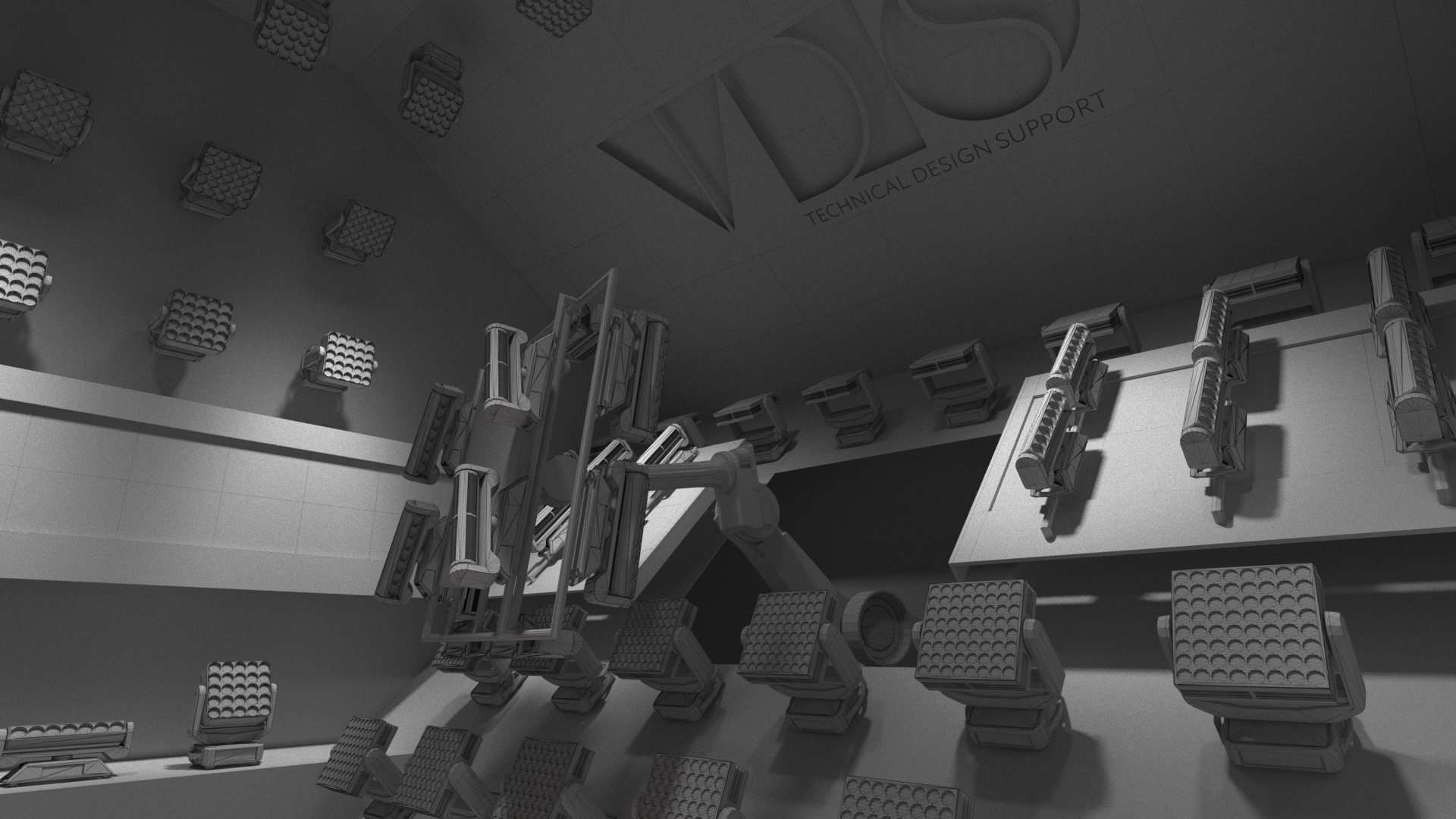 “We built our show on the lighting fixtures by the French company Ayrton. - says Konstantin Gerasimov. “This brand is new and unfamiliar to Russia, although their fixtures are used all over the world at the largest shows and from year to year they win various international awards. For example, in 2018, lighting designer Jerry Appelt used over 700 different Ayrton fixtures at Eurovision. This brand stands out because it always produces creative and multifunctional solutions that work as efficiently as possible in TV studios and theatres, as well as at concert or sports venues. And we are pleased to represent Ayrton in Russia. After all, their devices open doors to endless opportunities for creativity without any compromises.”

The show was a great success at the exhibition. After watching it spectators said that this was a new level. They thought they were in the future. 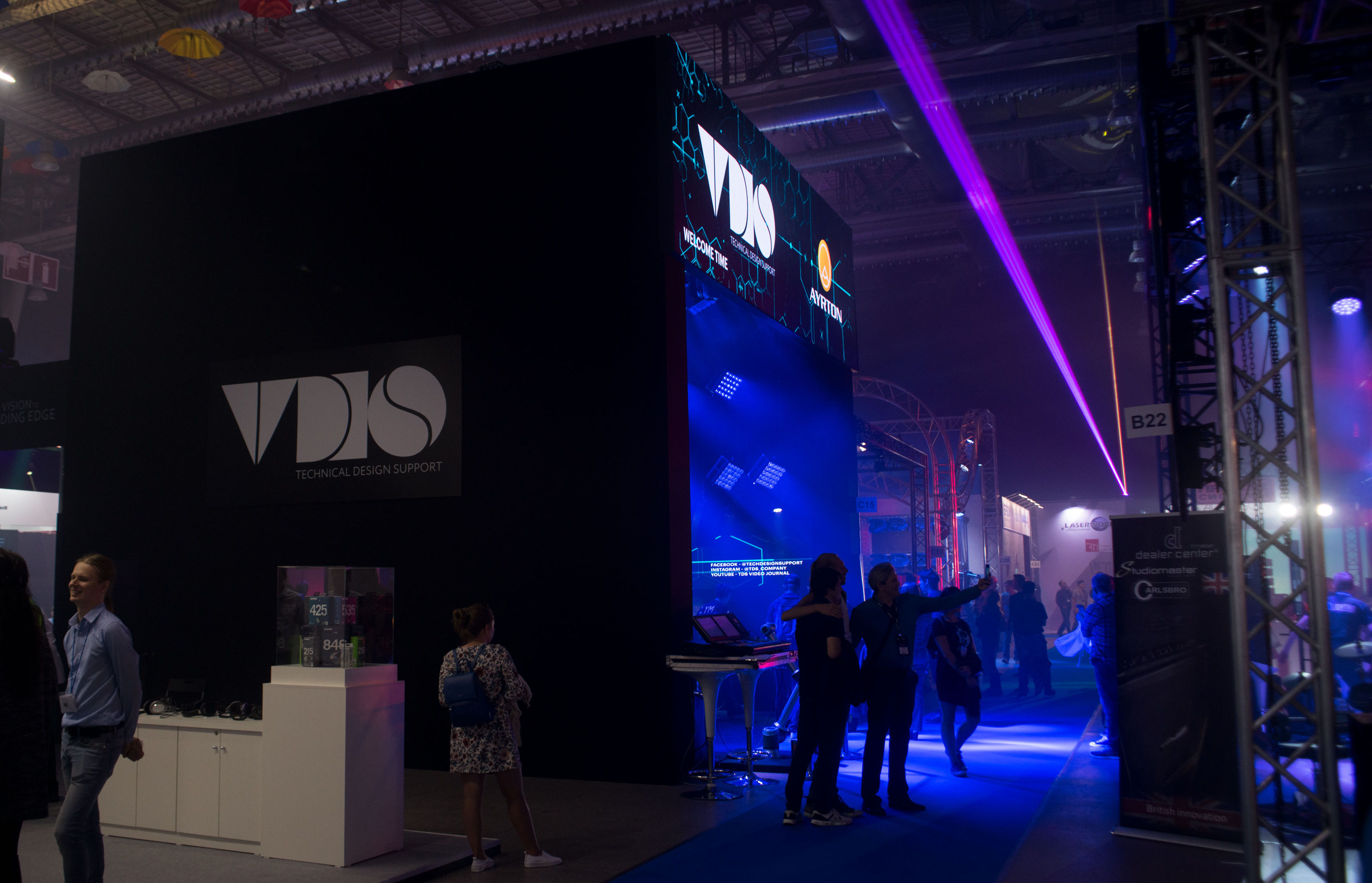 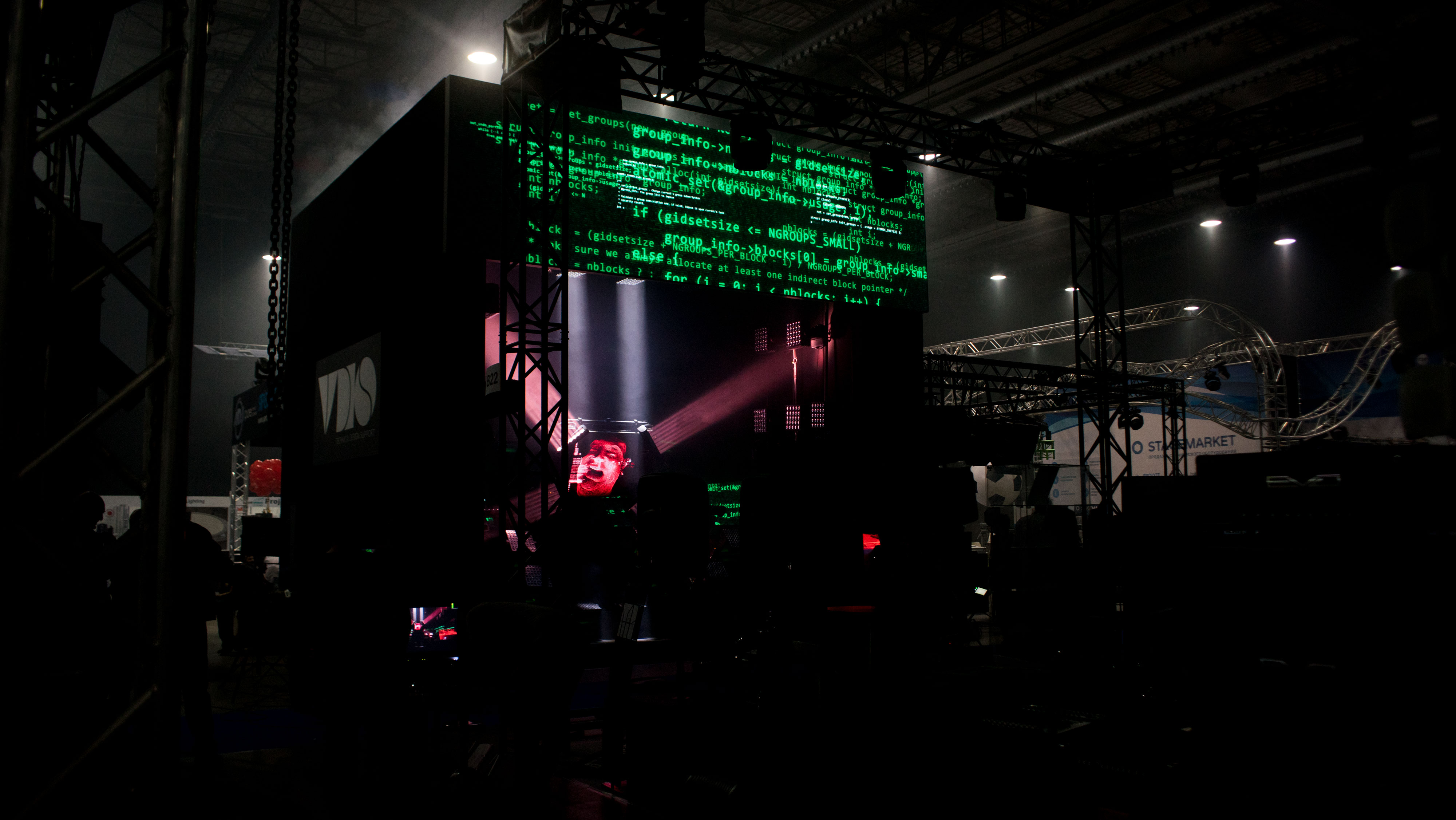 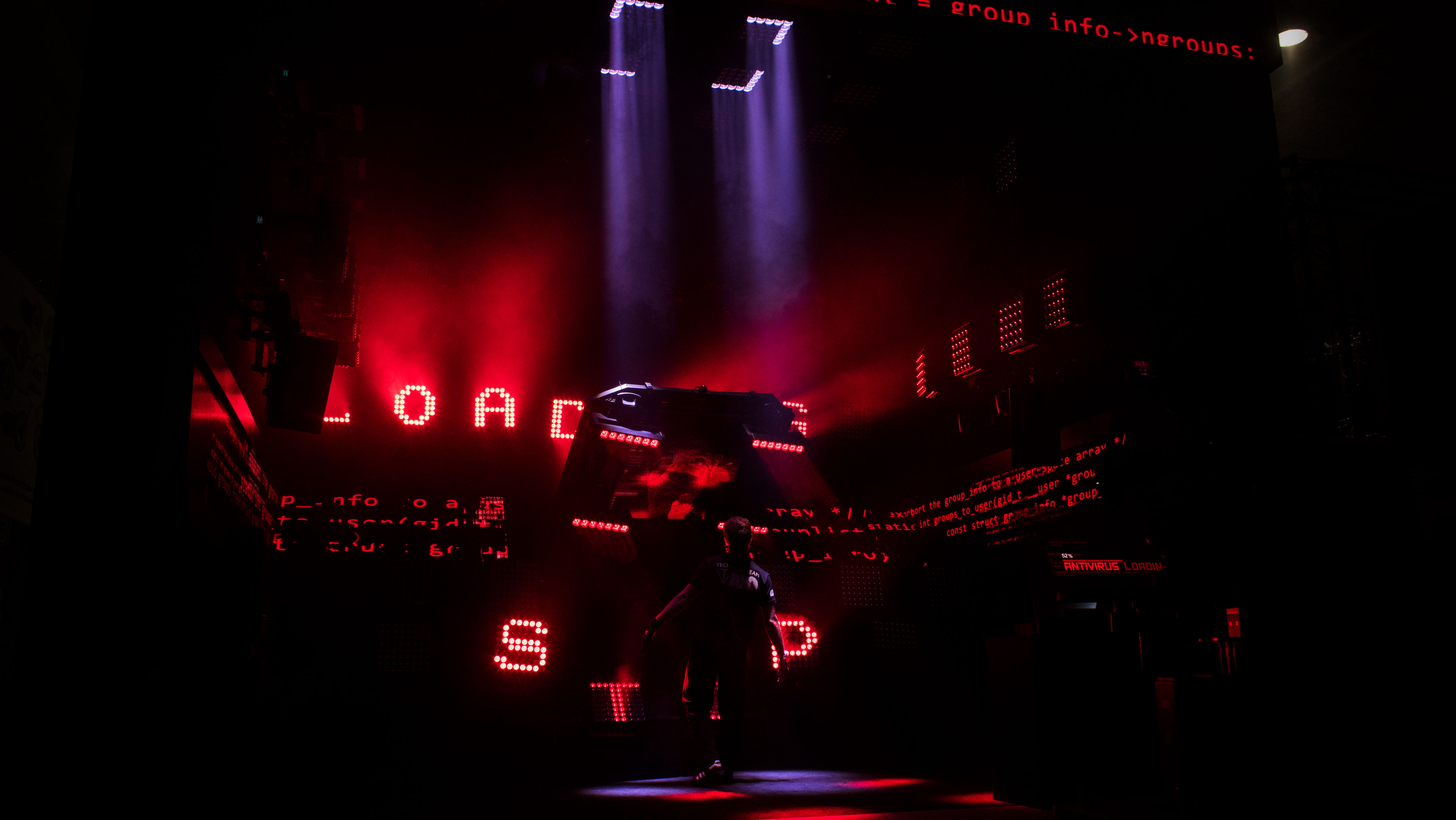 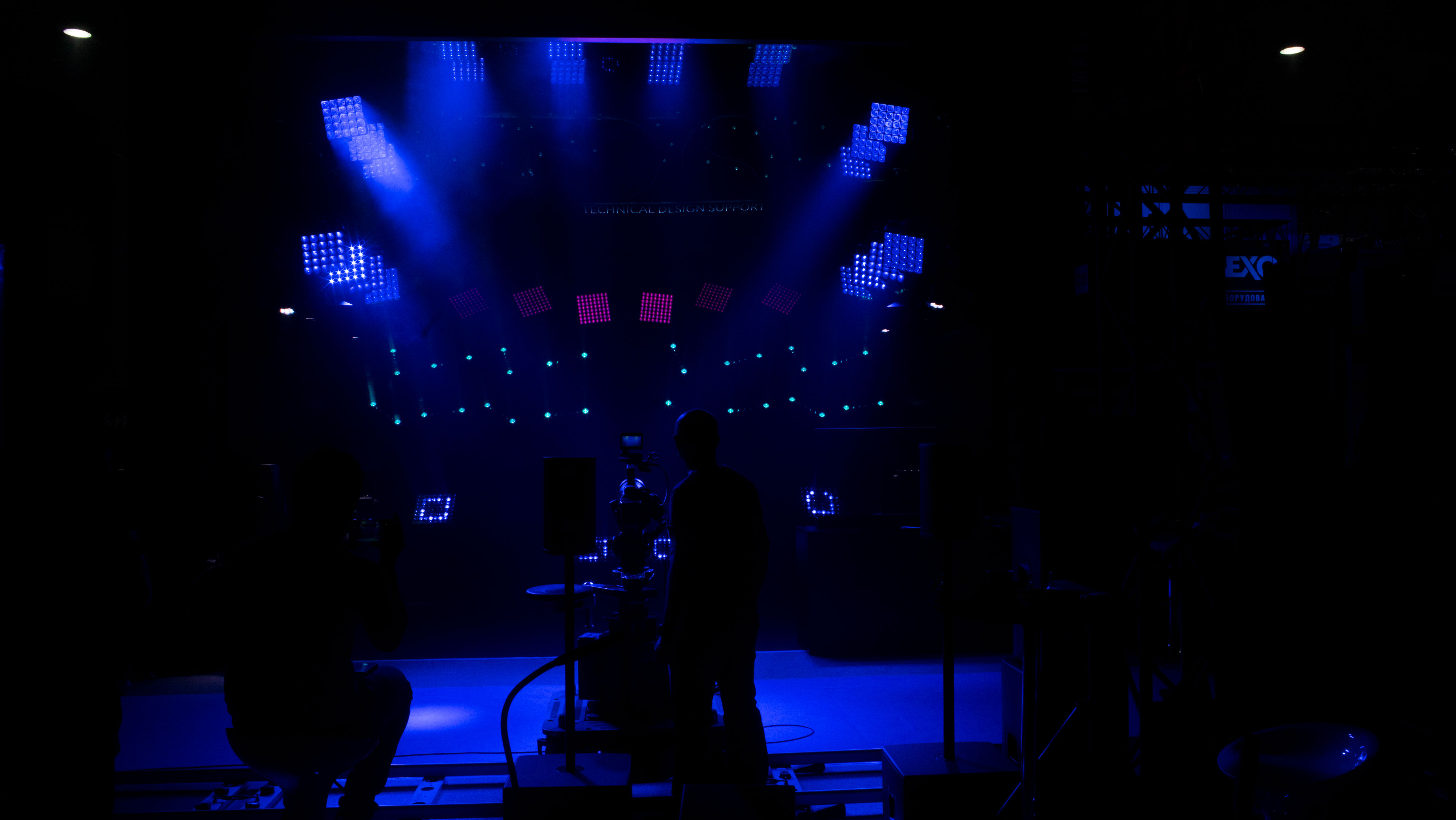 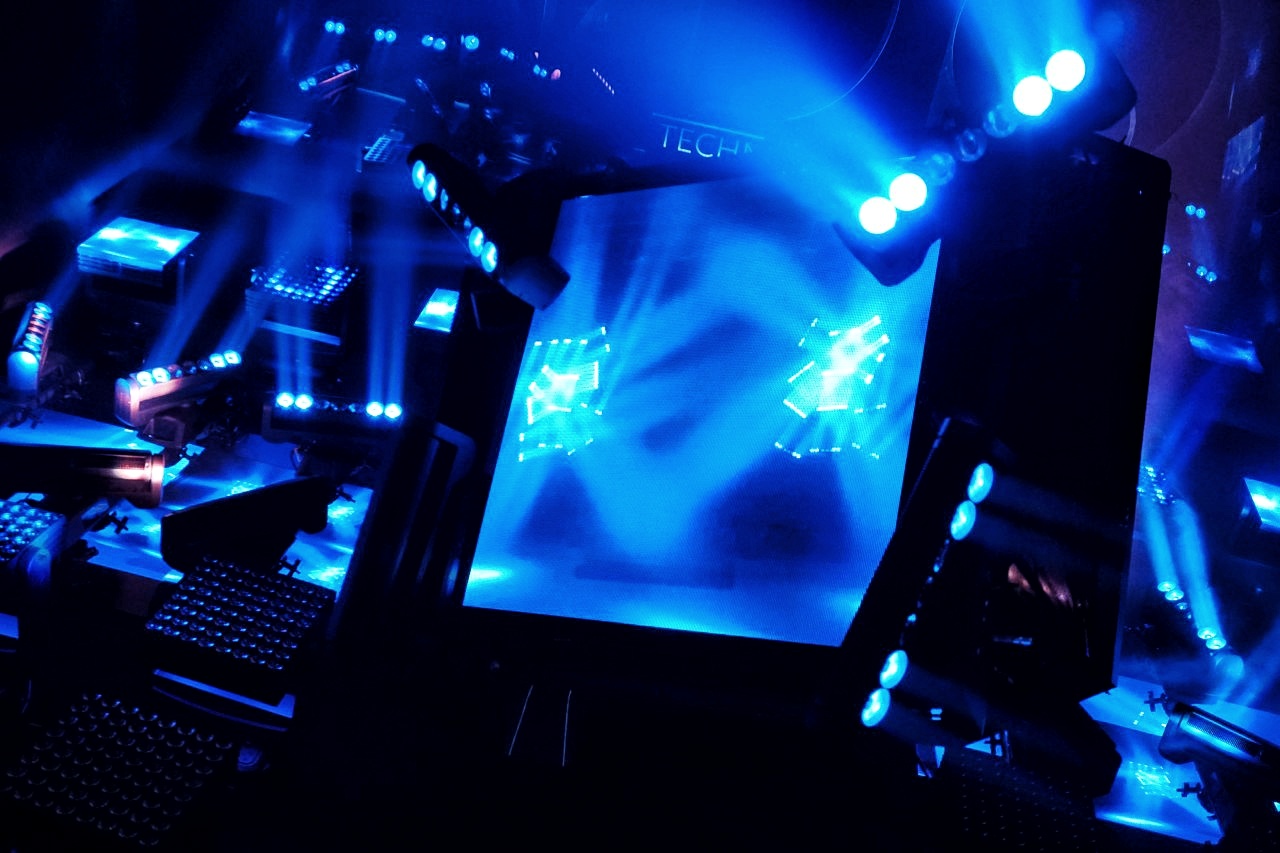 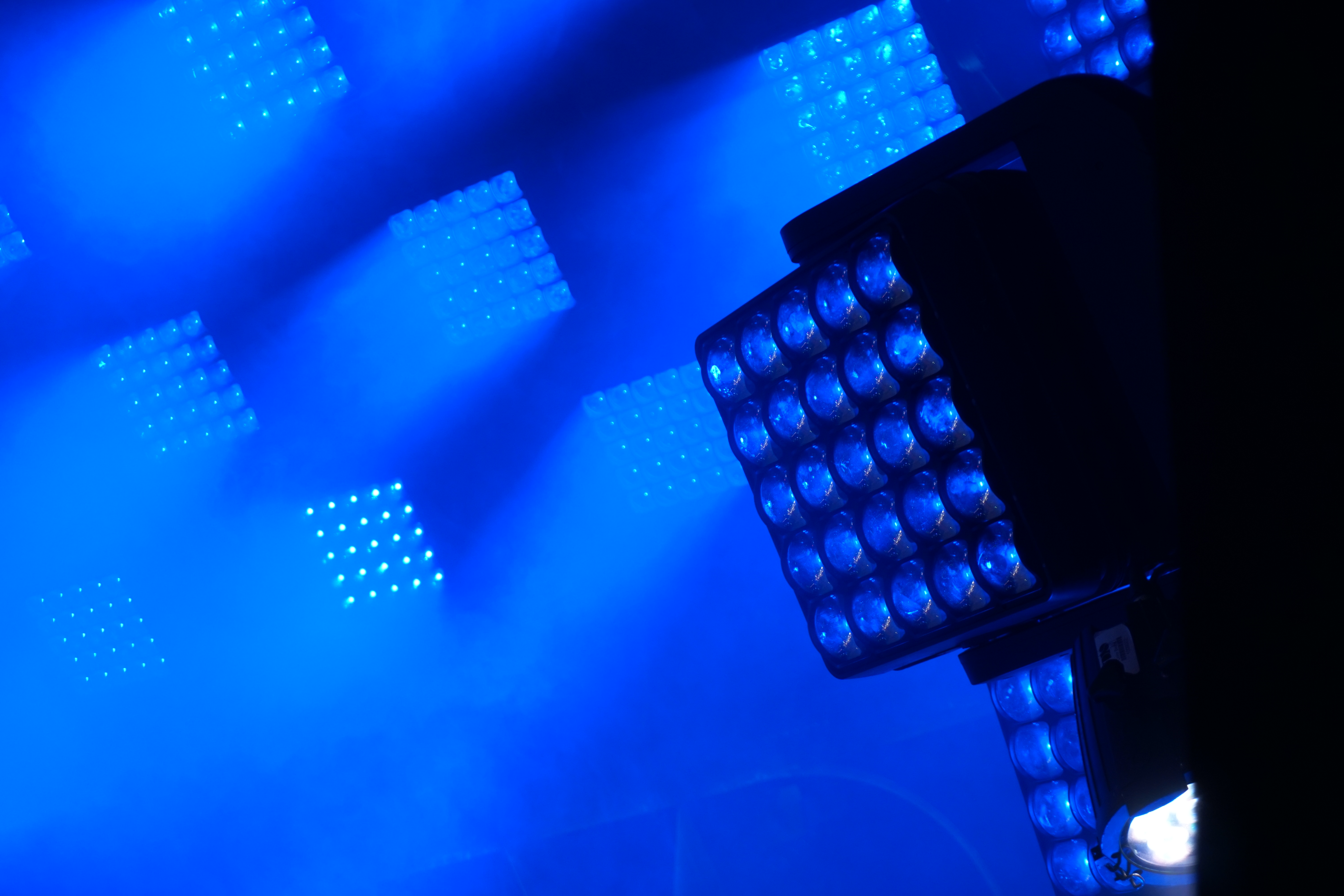 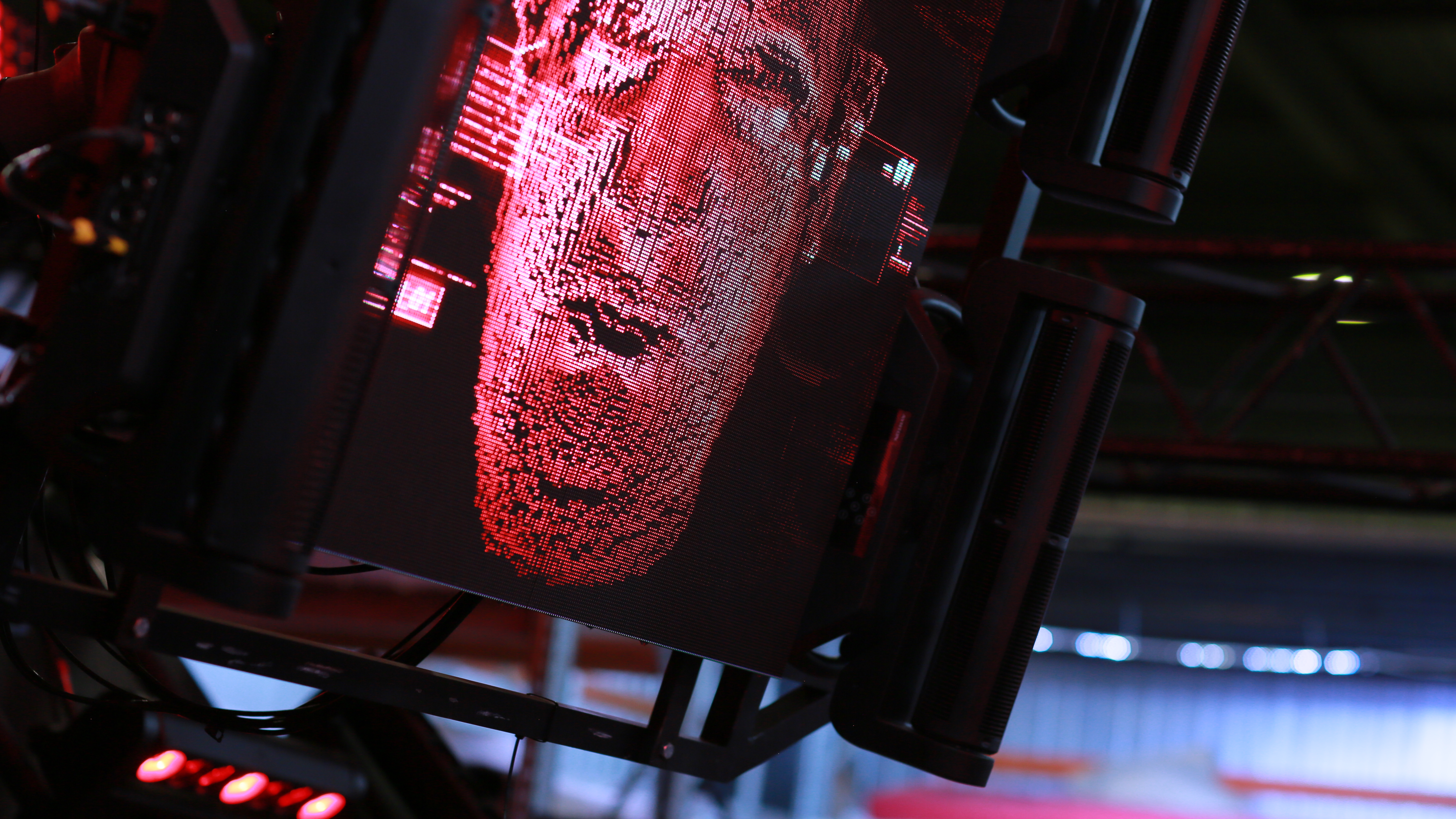 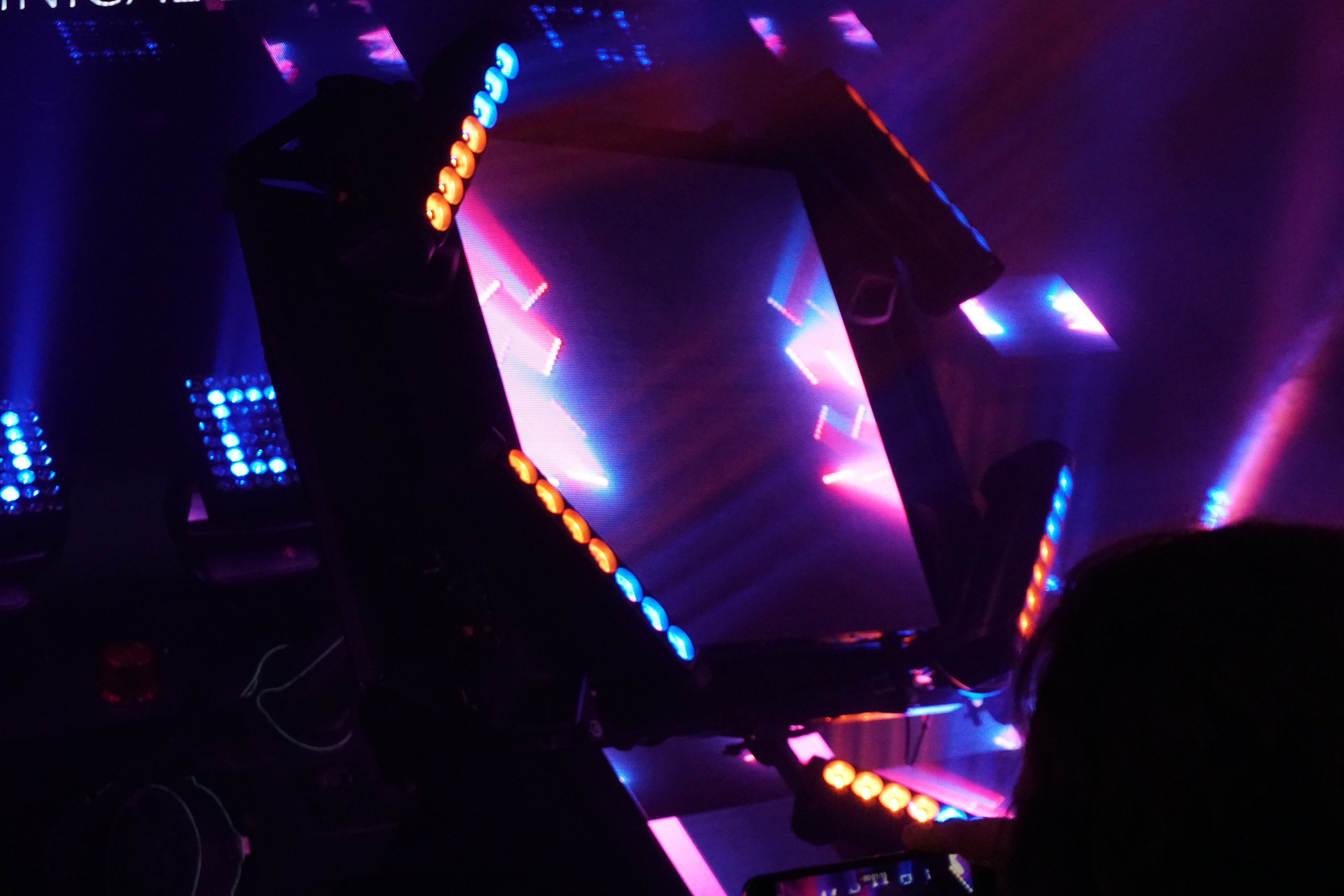 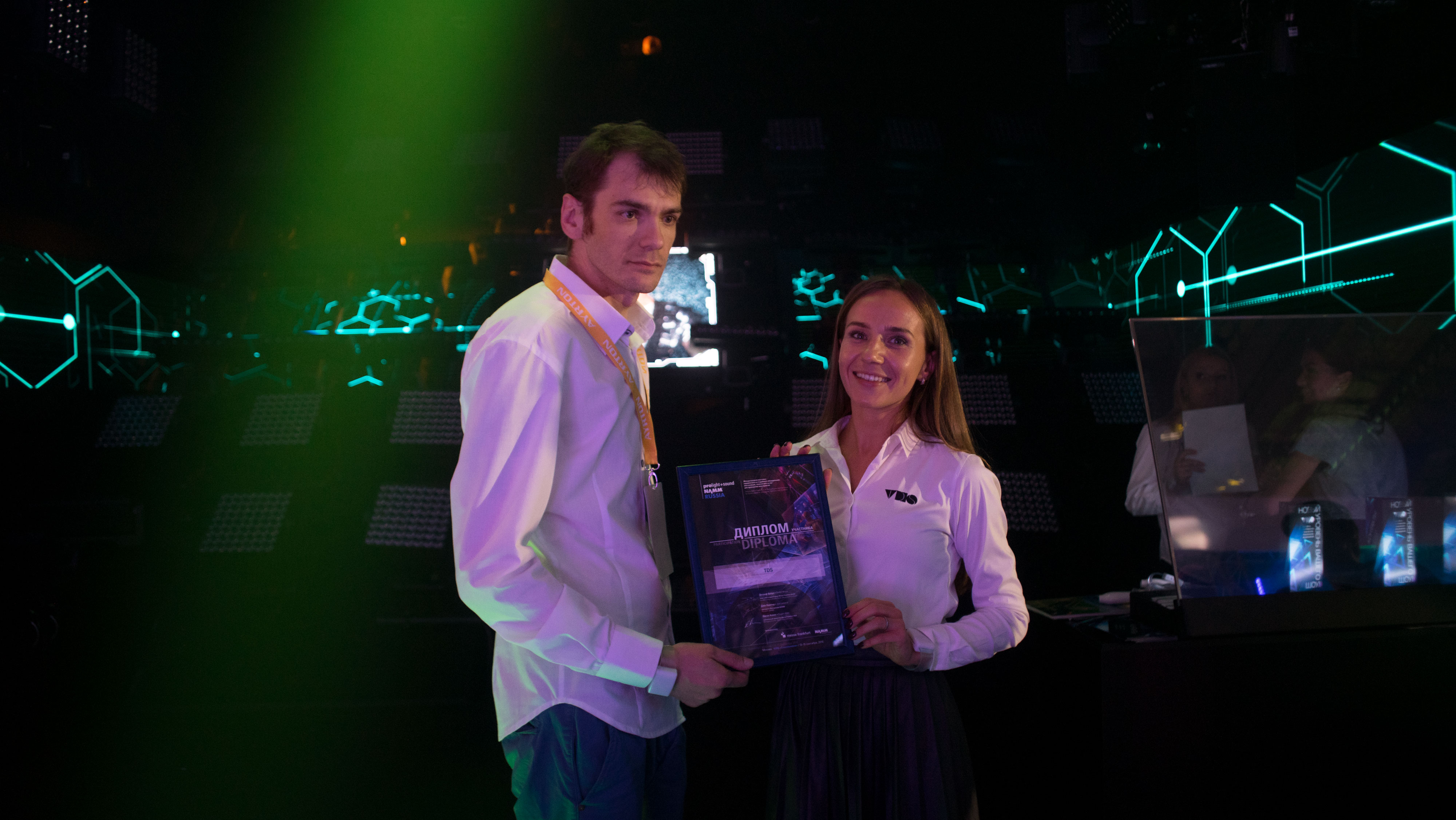 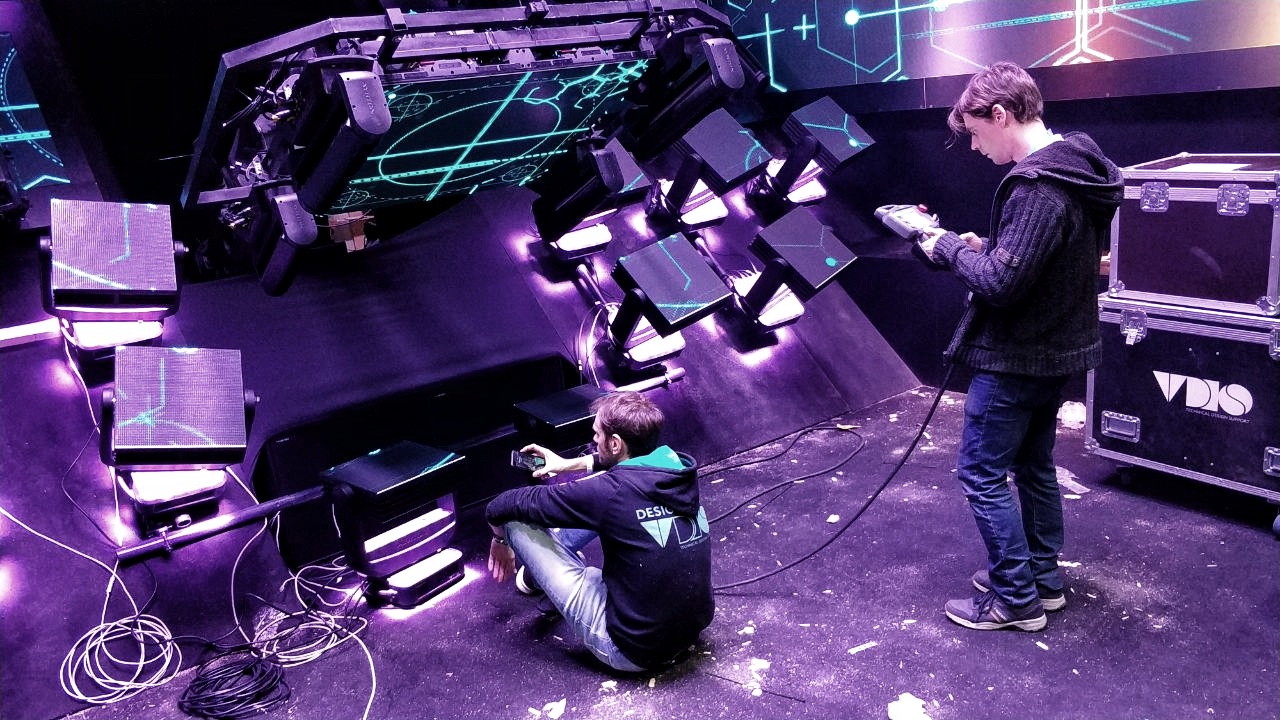 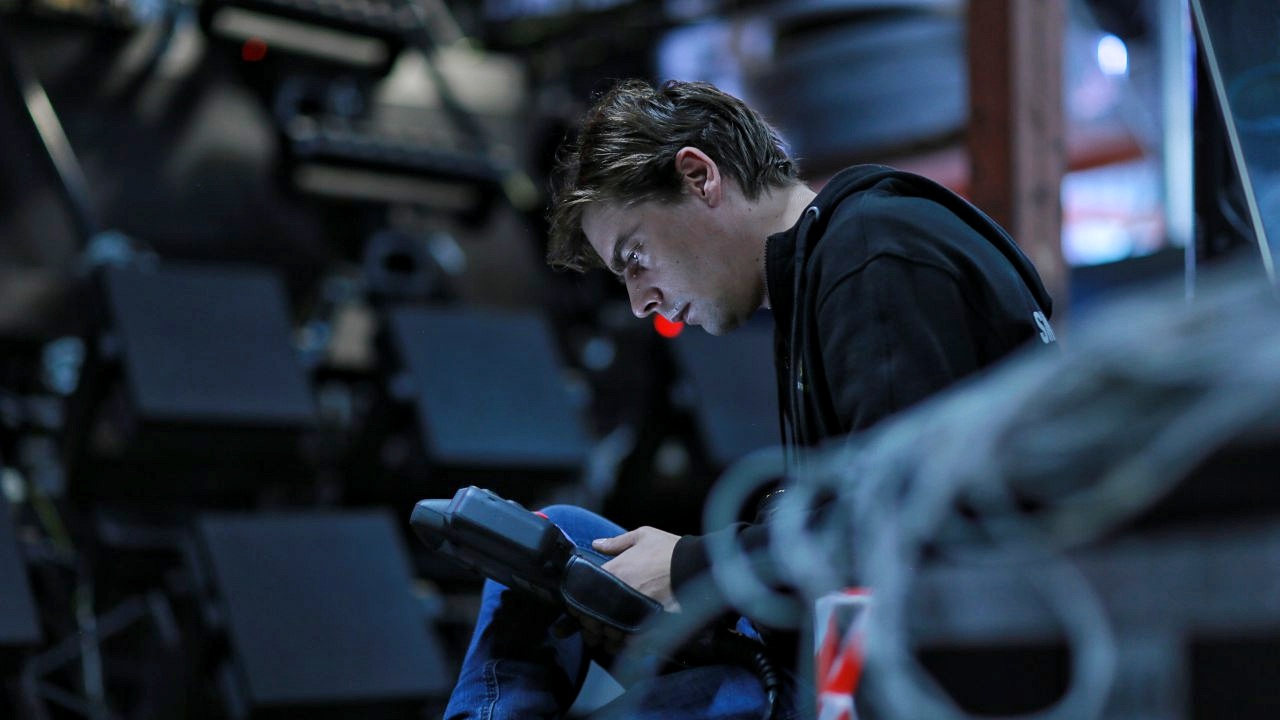 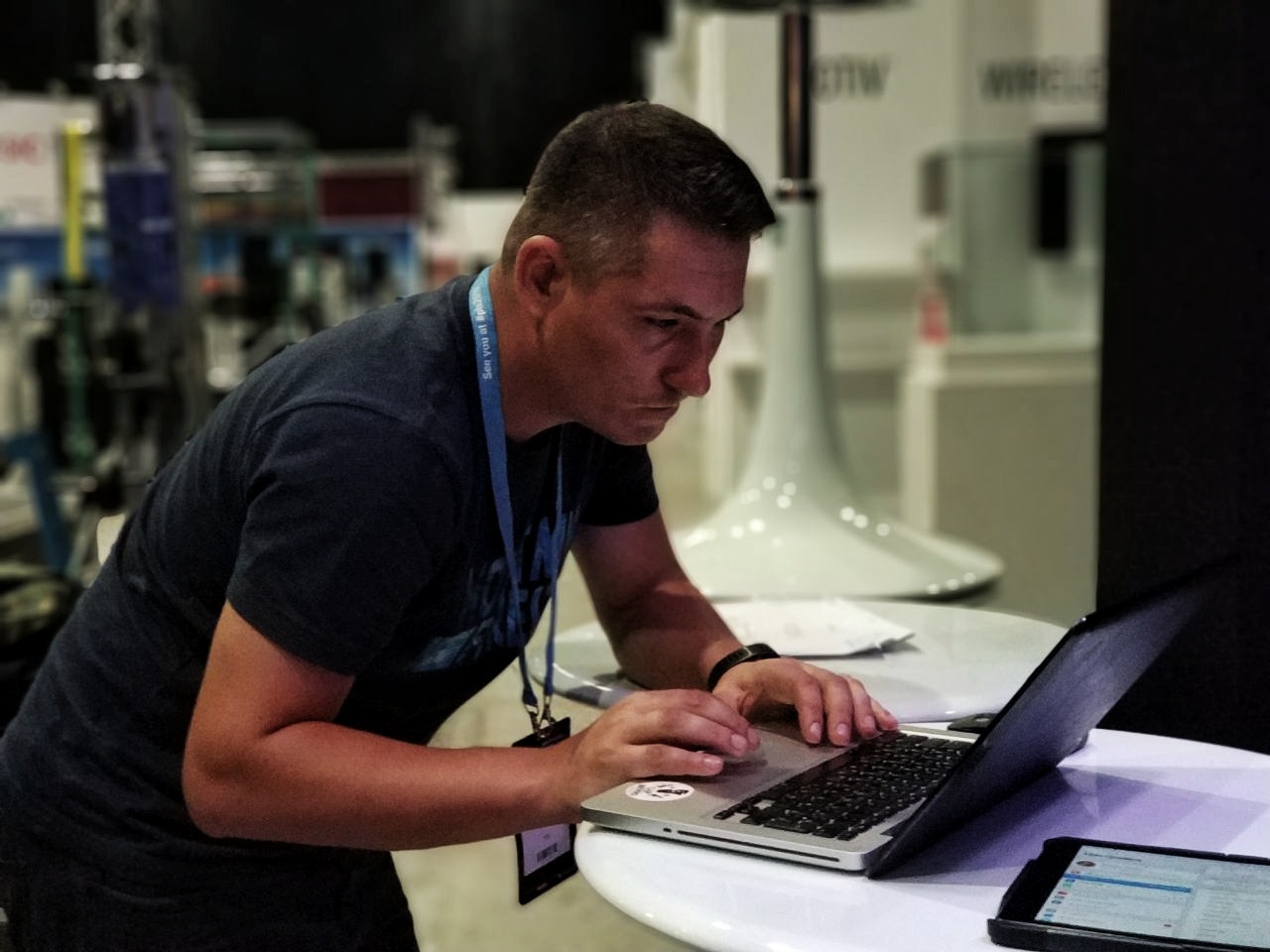 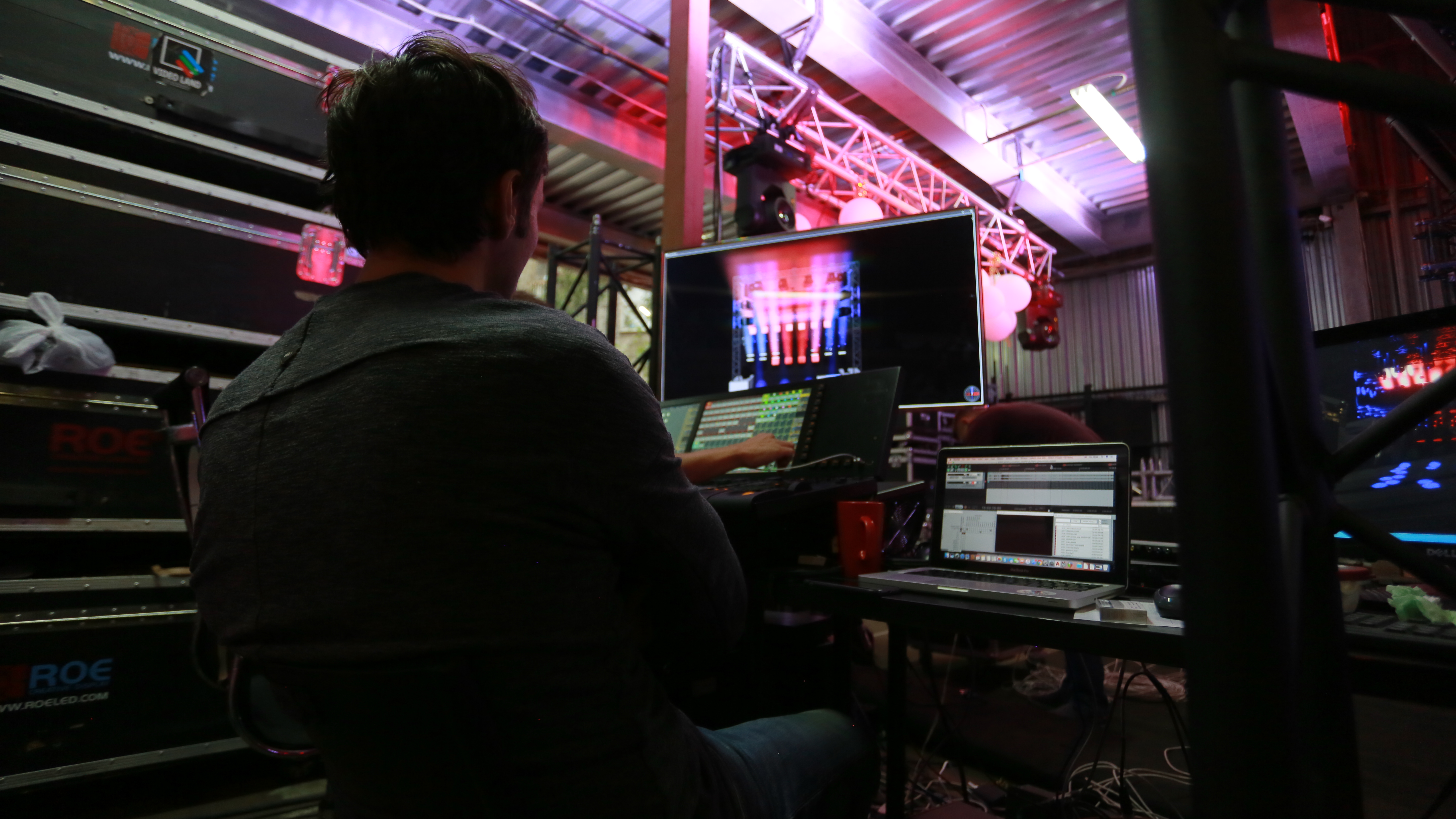 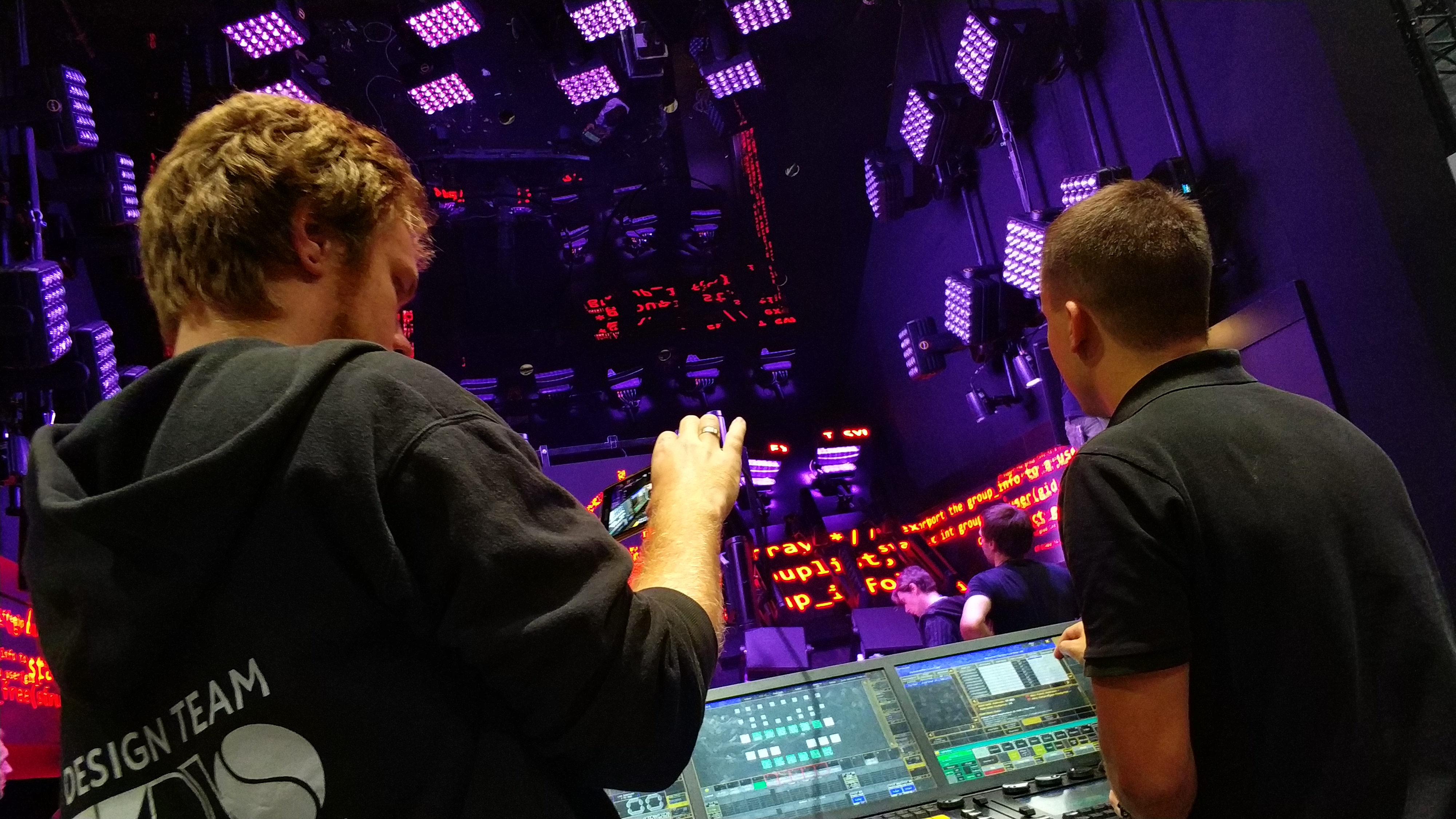 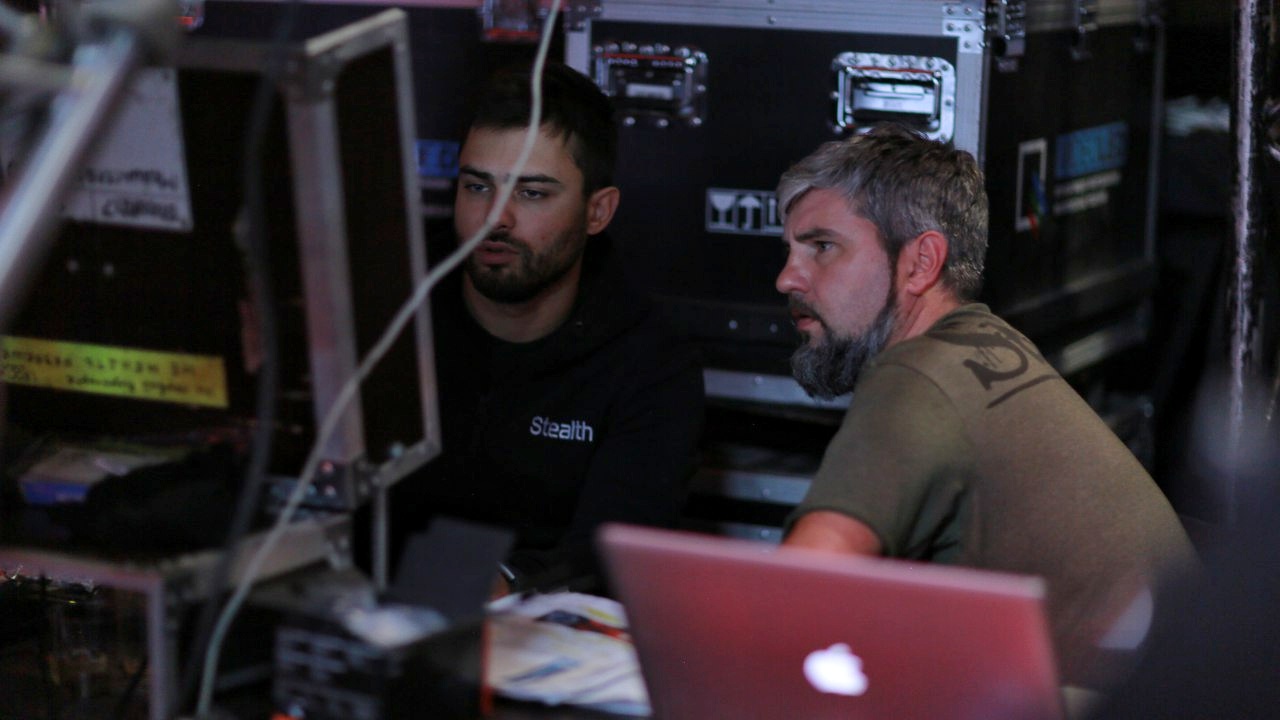 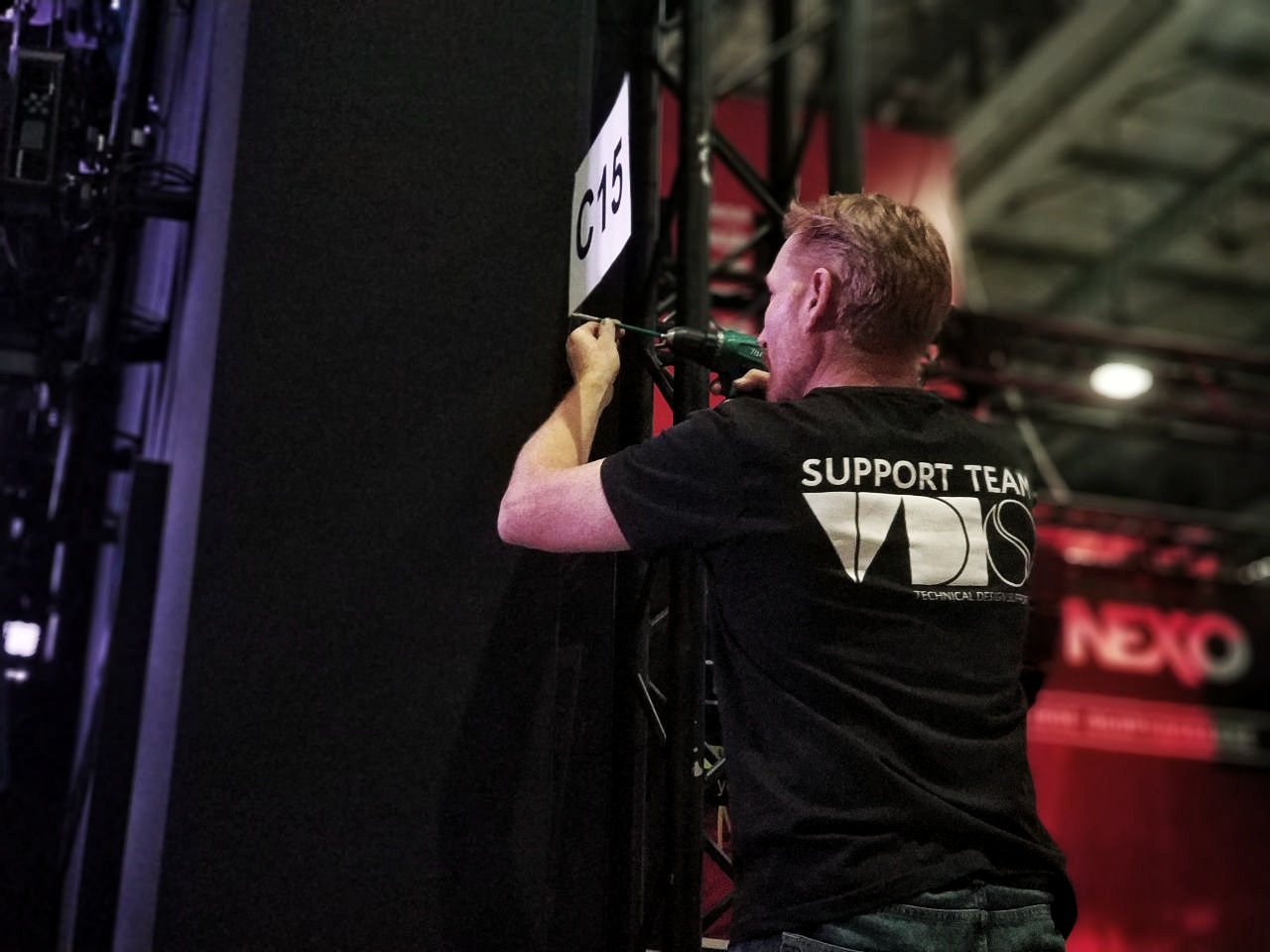 Augmented reality technology complemented the futuristic picture. Visual marks were placed on the perimeter of the stand. They were read by a camera installed on a small mobile robotic arm. The image from the camera was transferred to a computer. Special software processed the received signal and in real time combined the virtual TDS logo with the current image from the stand.

"Augmented reality is gaining popularity on television, so we decided to demonstrate the capabilities of this technology. - says Konstantin Gerasimov. - It allows you to combine real and virtual worlds in real time and completely transform any space. One studio can use it to produce a whole range of TV programs, and the plots can be developed as clearly as possible. And all this even when working live, when dynamically shooting from multiple cameras. Augmented reality, intelligent lighting fixtures, robots - this is the future of our show industry and television."